Automation and the future of work 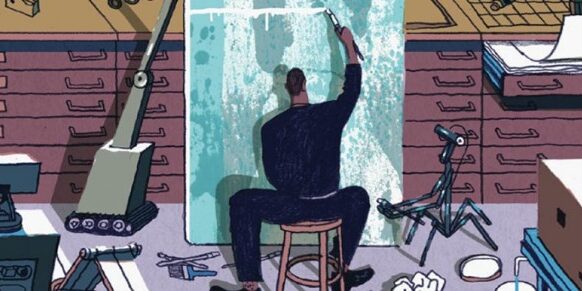 The MIT Technology Review published this month its newest business report on the future of work. A compilation of articles brings together some themes that are already part of our reality, as Uber and telework, but also features discussions that are starting, such as aging of the productive force versus new technologies.

We conducted a summary of each of the items below for you to have contact with such important issues that are part of an increasingly automated world.

Work in Transition talks about the jobs that currently require more or fewer people. Those who demand more people involve, of course, activities which automation is less likely. The health business is one of the major plaintiffs by hand labor of the future.

The article Where the Tech Jobs Are indicates where are the jobs of the future. In case of power generation and distribution: data analysis, prediction and transform money in data are the center of attention.

The article On the Edge of Automation shares the view of one of the largest investors in the world. This indicates that only 10% of people will be working in 500 years. The rest of the work will be done by machines. It’s a pretty impressive sight. But it can help us envision the future we want for companies and businesses.

The Measured Working Man addresses the potential difference between the revenues received by more or less competent professionals. Measurement indicates identification of what works best, including individual performance. The thesis is that the income gap is increasing.

Uber’s Bumpy Ride in China addresses the problems with Uber in China, similar to here: regulation in a market that is not used to disruptive innovations.

Hired and Fired by Algorithym is an article about staffing companies that hire based on databases, which promises to be increasingly common.

Aging Workers, New Technology brings an interesting reflection: technology building considering the growing number of older workers. Possibilities as letters and larger screens to cooperate with the difficulty of older people view and ease of interaction (e.g., instead of a double click, single clicks to older people) are considered as well as a number of others.

In Technology Jobs: Radiology, radiology is an example of an area that is a growing demand for employment as it is a business whose technological development has made possible new actions, such as 3D reconstruction of tumors and analyzing data more accurate from more complex structures.

Online and Self-Employed: autonomous telework has been a growing custom in the world. And virtual platforms help connect employer and employee.

The Homeowner the Hotelier deals with the lodging of intermediary services between owners of homes and travelers like Airbnb. Airbnb is similar to Uber, but offers the contact between those who demand hosting and who offers.

Freelancers On the Network: carrers are changing from permanent jobs to virtual platforms connections.

Among the many interesting and disruptive issues, it is clear that automation is one answer to a world in constant change. And Spin Engineering is seeking to increase the quality of the answers it offers to the market in order to bridge the gap between the future of work and their clients.

You can check the complete articles here.