The electricity market is changing, with technological advances, new regulatory demands and opportunities.

Spin developed an intelligent real-time solutions, oriented to electrical applications. With ActionWise, we offer on of the best solutions in the market for the implementation of the FLISR (Fault location, isolation and Service Restoration) function through a SCADA / ADMS.

ActionWise is already installed in two Utilities of the group Neoenergia, one controlling 175 equipments and other 70.

ActionWise can be used in multi-equipment solutions, regardless of model or manufacturer. Take a look at the video.

In this video we integrated ActionWise with a OMS (Outage Management System) of a partner.

The solution can be implemented in three ways: 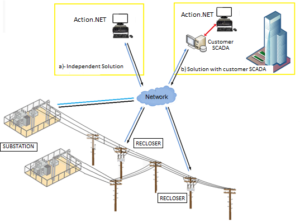 ActionWise adheres to the concept of Smart Grids, highlighting its FLISR function, which locates faults, isolates them and restores services, in real time, with algorithms that minimize quality indicators, respecting existing strategies and limitations. If necessary, other ADMS functions may be available in the same solution (consult us for more details).

The key FLISR features are:

The image presents a logical diagram of a control area with four feeders (vertical bars) and 15 control equipment. The color of the feeders prevails in the stretches of line fed by it. A double-click on an element of the network presents its state and, in the example, the recloser RA574617 has a deadline (second window) lock (first window). In this way, this recloser will not be used in maneuvers of the ActionWise algorithm. 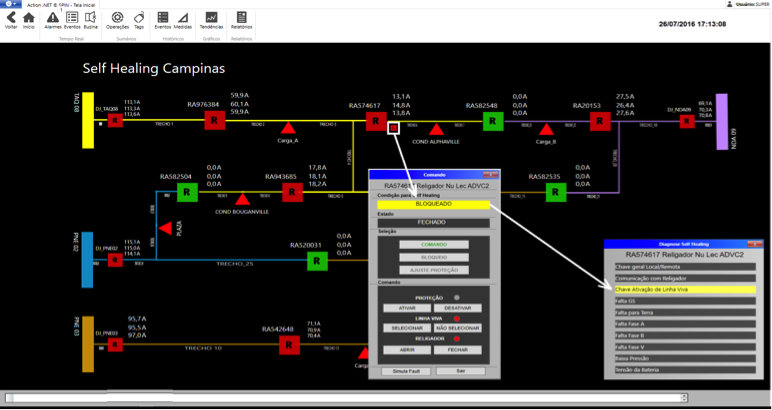 This image shows the state of the system after the simulation of a fault in section 1 and the execution of the commands indicated in the maneuvering window. Maneuvered equipment appears with a dashed yellow circle around it, indicating that they were commanded by ActionWise. These circles are removed by pressing the Clear button in the maneuver window. 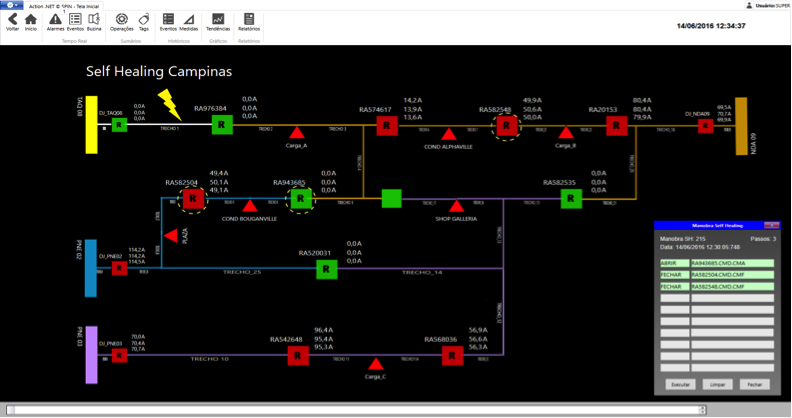 ActionWise / Gateway and ActionWise Simulator creates a simulated field with data very close to the real one. We recommend creating the simulation environment to test the system as well as to operator training. In this environment there are two applications running: 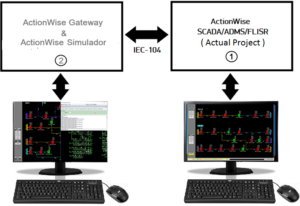