Spin has deployed dozen electric Concessionaires’ generation and distribution control centers, and deployed of Telecommunications and Sanitation centers of control.

A SCADA parameterized to be the control center of an electric Utility would execute several other functions such as: EMS, ADMS, OMS, several daily and montly reports, etc. The SCADA developed by Spin allows the addition of these modules, using internal or external solutions, as can be seen in the documents available for download.

With ActionWise and ActionₒGRID Spin offers the best solution for the automation of distribution utilities. The software is already deployed in dozen distribution companies.

Besides the implementation, Spin also offers maintenance and technological upgrading of the centers to guarantee the quality of the operating system functionality. Some of the centers implemented by Spin already have more than 20 years and are up-to-date.

When you want to establish a Center of Operations, you have to ensure it is robust, modern and that it has support and maintenance service to collaborate with its technological evolution. It is also important that the integrator has proven experience and is a reference in service. That will ensure the success of the enterprise.

If you want to deploy a Control Center, talk to Spin and get a tailored, modern and robust solution!

The most significant deployments are:

CEB (DF): SCADA / EMS control center and three regional centers, that controls all Federal District, with forty-one substations and hundreds reclosers / sectionalizers. It was deployed in 2000 and the EMS was developed in partnership with Unicamp technicians, covering state estimation, power flow and contingency analysis in real-time and study mode.
CELPE (PE): there are one control center and its mirror and four regional centers controlling the entire state of Pernambuco with about 140 substations and thousands reclosers and sectionalizer. It started in 1998, with the implementation of the first 13 substations and growed up until now.
CEEE (RS): system started in 1998 with the control center of the city of Pelotas. Today, there are one control center in Porto Alegre controlling more than 80 substations. 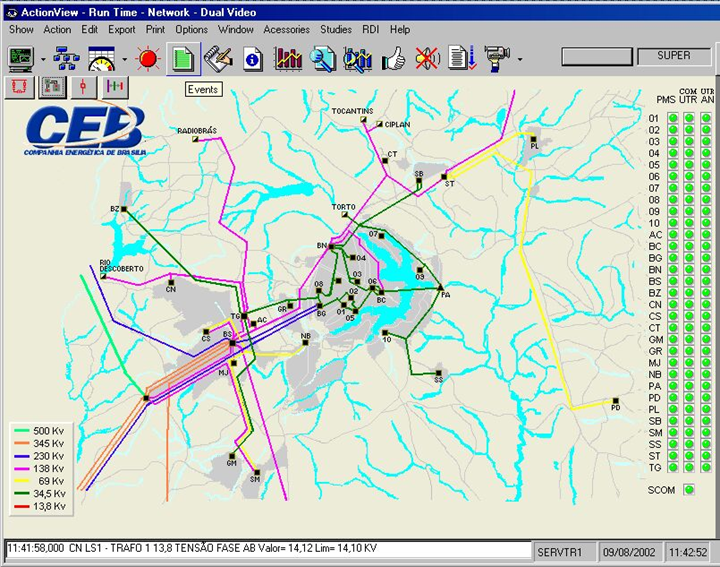 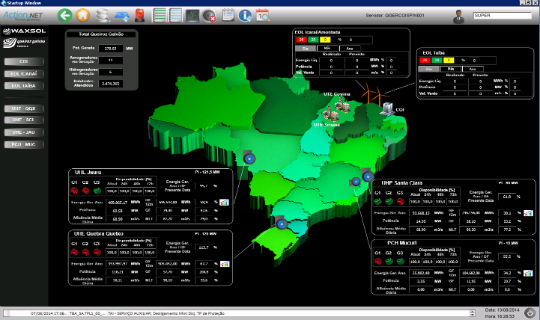 The ActionWise solution can be integrated with third-party OMS as shown in this video. The OMS in this case is from the ECS Company and has a very light and fast georeferenced interface as shown.