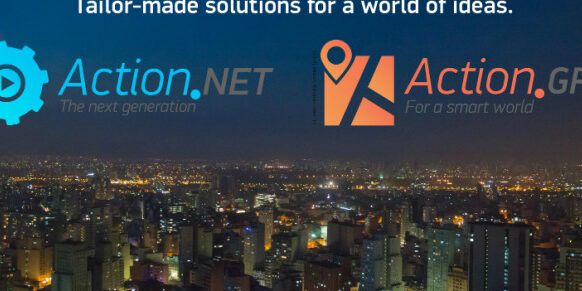 “Spin Engenharia is a company that works with automation oriented to the electrical market, more specifically, developing the SCADA, gateways and smart grid software, as well as integrating these solutions in energy companies (GTD – generation, transmission and distribution).

With eyes always focused on the future, Spin began the development of a new SCADA without legacy code, fully developed in “.NET” framework, a paradigm shift. The generated product: “ActionₒNET – The Next Generation” had its first version sold in mid-2012. Spin had the courage to seek a solution using new technologies, oriented for the day of tomorrow, with cloud computing, Software as a Service, scale use of personal mobile devices (BYOD – Bring Your Own device), ubiquity, consistent with the internet of things, shared engineering, robustness platforms, etc.

Their ActionₒGRID is the operation of the electrical system of a distribution licensee in a single software package. Composed of programs with several features it facilitates the processes of generation, operation and maintenance of the distribution network ensuring greater reliability, speed, and efficiency analysis of possibilities for transmission and distribution of energy.

The interconnection between various software used in the operation offers, in a fully integrated package, the optimization of the localization process and Disaster Recovery in the electrical system. For dealers with part of the system already in place, it allows the integration of OMS module to the existing solution.

The biggest differential ActionₒGRID when compared to competition, is its speed of processing and presentation of georeferenced information.

The versatility and the range of ActionₒGRID is also surprising. Through it is possible to carry out the management of the high, medium or low voltage networks. And the visual system parameters are completely configurable.

Another uniqueness of ActionₒGRID is the possibility of holding the company’s asset management. Both operators through ActionₒOMS, the field crews, through ActionₒMOB, have access to the asset management module. So that particular service is completed, the materials used in the service are entered into a database. The software, which has already registered the values ​​of materials, sum these values ​​to the cost of man/hour for workers who have the service, offering a thorough control of the total cost of each activity.

According to Spin Engenharia’s marketing manager Rodrigo Borges their company is currently is interested in having agents and distributors to help in their product availability in the continent.”