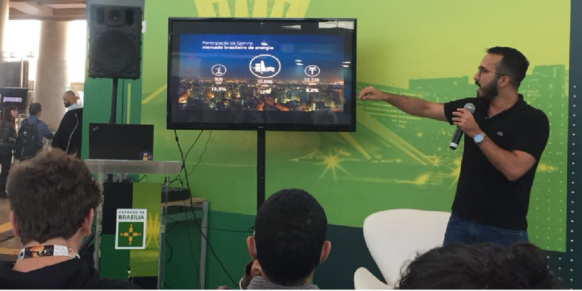 In the last 5 days, the Brazilian version of the Campus Party took place in the National Stadium of Brasilia. Among the participants was Spin’s team, who gave a lecture on power distribution automation.

The space occupied by Spin at the event was made available by the Government of Brasilia, within the scope of Biotic, manager of the Technological Park of Brasília, place of Spin’s new headquarters.

The talk presented was based on information about how Spin uses the SCADA ActionNET to perform automations in power distribution utilities.